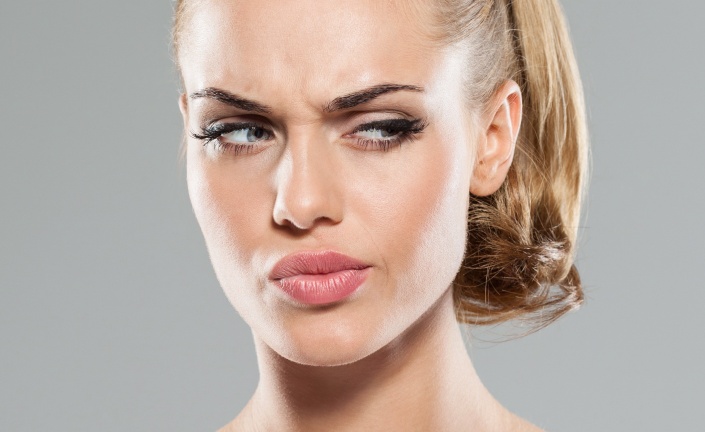 WHEN PHOTOGRAPHERS CROSS THE LINE

WHEN PHOTOGRAPHERS & OTHER MEN CROSS THE LINE

Although the #Meetoo Movement is new, women being sexually harassed is something women have been dealing with for thousands of years. Our industry is full of both working and aspiring models, actresses dancers, musicians, singers and such that are often preyed upon by men in positions of power and authority. As makeup artists we aren’t typically involved when such things transpire with producers, directors and casting agents. However, it’s a very common occurrence with photographers during photo shoots where makeup artists, hairstylists and other crew work together with models. On a daily basis, many male photographers cross the line with the models, (both male and female.) As crew members, makeup artists and hairstylists are also often the targets of this undesirable, unethical behavior, but not as often as the models are subjected to it. Therefore we have a responsibility to do what we can to protect them and make them comfortable on set, especially the young ones.

Most women have experienced a #MeToo situation in their lives. For many of us, it’s become such a common occurrence, that there are far more of these experiences than we can even remember. These situations with men vary greatly but they are all unacceptable. The deplorable behavior scenarios include conversations that make girls and women feel uncomfortable or unsafe, psychological games of power and intimidation, exposing themselves, sexual harassment, nonconsensual touching, molestation, sexual assault, rape and for far too many models, the assaults tragically end in murder.

We have been raised in a society that has ignored sexual abuse and harassment from men. Men’s actions were swept under the rug mainly because women were not believed, looked down upon as troublemakers, and in many cases, they became ostracized from society and sometimes their own families for speaking out. Resulting in men’s sexual predatory behaviors to continue and escalate. For this reason, along with the new #MeToo movement, it's hard to know when the line is crossed and what to actually do about it. This broadcast is for all women in general to know what to do in these situations, not just for themselves, but to also protect others. It is common within in the beauty, fashion, and entertainment industry to be subjected to these situations. But our response shall no longer be common. Join Donna for insight and advice on how to respond the next time you are in one of these predicaments.

“This was definitely an eye opening webinar. Thank you for giving such insightful information on how to prevent these unfortunate incidents from happening in the future. Listening to these stories resonated with me so much, it actually brought memories of those #metoo moments that I’d forgotten in the past also. I’m so thankful for webinar and hope it reaches every woman and man affected by these disgusting individuals. Letting them know that times are changing. That they do have support and people that will help them be their voice and give them the strength that they need to overcome that unnecessary guilt or shame. Thank you Donna for sharing your experiences and giving us Artists tips on standing our ground when it comes to protecting a client/model and ourselves! Xoxo”

“Yes! The words and phrases to stop the advances of photographers/men on set/just in general were great! It is so important for us to tell men where our line is! This webinar is also a great review of the #MeToo movement, and how it effects our industry today.”

“Wow This is definitely something that every girl that wants to work in the industry should see. I am just speachless about the gymnists!!! But still 175 years without parole still doesn't seem long enough! Thank you for sharing and I will be encouraging any new or want to be models to view this and gather the right information and be prepared.”

“Thank you for such an empowering and enlightening broadcast on this reoccurring situation. It's sad and tragic that mostly women, but men as well, have to endure this type of treatment. Thank you for your advice and tips on how to handle such situations and why it's so imperative that we stand our ground and protect ourselves as well as those around us. It was certainly an emotional one, as it resonated with me with my #MeToo experience growing up. Noone protected me and it broke my heart knowing how so many people in today's world are victims of such atrocious acts and there was nobody willing to protect these innocent children, women, men... Thank you for educating us on exactly what the #MeToo movement is about and telling the world how we have to help stand up for ourselves and one another. It's definitely a change in time and it's pretty powerful knowing that these perpetrators are slowly, but surely, receiving the consequences of their disgusting actions. I truly appreciate you dedicating your time in getting this free live broadcast ready for all of us to view. You're an inspiration and I'm very thankful for all that you give us.”

“Incredibly insightful and a huge eye opener!!! Highly recommend this webinar. Thank you Donna for empowering myself and I'm sure many others through this webinar and the role play examples to avoid and call out when things cross the line! Massive respect to you for doing this webinar and not being quiet! It was tough at times hearing the stories of injustice but it really is the current reality in the world. So I applaud you for bringing awareness and bringing to light situations of danger and how to approach them. The scripts were really good tools xxx many thanks”

“Such an eye opener and sad to see how many people use vulnerable women to their advantage. Such a great webinar. Glad you covered such an important topic. One that is often swept under the carpet.”

“This webinar was powerful!!”

“This was great and really helps to know that many women all over the world are speaking out.. I personally have been a victim of sexual abuse and sexual harassment on more than one occasion.. My first time I was a victim i was 14 years old and i wish I could tell the young me how to handle it, so it's AWESOME you can help others Donna.. This is a GREAT, a lot of wisdom!!

“As always Donna gives her amazing insight and experience. I love that she actually gives you the words to use to help stop the situation.”

“Interesting review of the #metoo movement and description of various sexual harassment situations in the beauty & fashion world. I was hoping for tips & tricks for preventing sexual harassment, sharing some wisdom from your long career. You gave it at the 3/4 of the 2h15 presentation (very generous from you), yeah! I'll definitely be more aware of my power on set to protect models. Thanks Donna for your engaged voice in this important matter!”

Webinar
Available in days
days after you enroll